The Politics of Health Care

Chiropractors and other health care professionals go to their practices everyday aiming to provide the best care for their patients. It’s unfortunate that politics filters into health care limiting potentially much better health outcomes for countless individuals. This article by Rob Hutchings is worth reading. Cheers! Patrick Maher – Chiropractor CBD Brisbane

Chiropractic: Why all the Confusion, Misunderstanding and Misconceptions?

When you have decided to consult a chiropractor, and you tell some friends and family about your decision, more often than not, at least one person you tell will express misgivings about that choice. You may hear statements such as the following: “Stay away from ‘bone crunchers!” “They are not scientific.” “I’ve heard chiropractic is dangerous quackery.”

Not that your friends or family have bad intentions; nothing of the sort. They probably are telling you these things out of genuine concern. However, is their concern based on a misinformed dogmatic belief or on actual evidence? To answer that question, we need to have a look at health care history, going back to the 1960s in the United States. What happened then and there has had profound implications for the health care to this day.

Pharmaceutical companies and medical associations have spent many years and billions of dollars lobbying to take control of health care. The basic strategy was to pass the Drugless Practitioner Act, which essentially meant that health care practitioners were divided into two general categories: those who could prescribe drugs and / or perform surgery and ‘the rest.’

Billions of dollars were then spent lobbying and marketing, with the deliberate attempt to make as many people as possible believe that medical doctors, that is those who could prescribe drugs, were ‘real doctors’ whose practice was based on sound science, and that everyone else was an unscientific quack who was potentially dangerous.

There was a problem, however, because despite the enormous amount of money, time and effort spent to create bias against non medical practitioners (viewed as the competition), a growing number of dissatisfied patients began seeking out such practitioners. At that time, and to this day, chiropractors represented the largest number of practitioners and the most commonly visited ‘alternative’ health care practitioners.
Something had to be done to curb this loss of influence and revenue. Often using illegal means, in 1963 the American Medical Association (AMA) formed the Committee on Quackery whose primary goal was, “to contain and eliminate chiropractic.” Their efforts were so successful that to this day the misinformation they spread still persists.

The Committee on Quackery conducted nationwide seminars on chiropractic, ‘educating’ MD’s and medical students that chiropractic was an ‘unscientific cult’ and was dangerous. Anti- chiropractic propaganda was distributed across the media, to medical boards, to doctors and medical schools. Doctors were actively and routinely warned that professional association between MD’s and chiropractors was unethical and could lead to fines or loss of their medical license. Medical schools were actively discouraged from cooperating with chiropractic schools on research efforts.
Despite these efforts, the number of patients seeking chiropractic care continued to rise, and evidence of effectiveness and safety of chiropractic was demonstrated to governments to the point that chiropractic was included under Medicare in 1973. The AMA became especially concerned that this could lead to chiropractors working in hospitals. The AMA went on to actually threaten hospitals with loss of accreditation if they allowed chiropractors to have access to patients – despite the evidence of effectiveness and safety!
In the 1980’s, a chiropractor named Dr. Chester Wilk had enough and launched a law suit against the AMA. Despite being overwhelmingly outmatched in finances and in legal counsel, in 1987, the Federal U.S. Appellate Court found the AMA guilty of “an illegal, deliberate misinformation campaign and an organized conspiracy to destroy chiropractic based on eliminating competition.” During the trial, it was conclusively shown that the AMA “deliberately undermined chiropractic education, undercut insurance programs for patients, and concealed evidence of the effectiveness and safety of chiropractic care.”

Obviously unhappy with the outcome, the AMA repeatedly tried to appeal the decision. The defense they used was “concern for public safety.” Since the evidence clearly demonstrated this to be false, the decision was upheld in the U.S. Court of Appeals in 1990 and in the U.S. Supreme Court on three separate occasions, the last time being in 1992.

As a result of this, the AMA was ordered to cease and desist all efforts to restrict its members from having professional associations with chiropractors. The AMA was also ordered to retract their position on chiropractic and notify doctors, hospitals and medical schools and boards. Obviously this was a great victory for chiropractic; however, the AMA’s campaign was so successful, that this bias still exists with the unfortunate effect of adversely affecting many doctors and patients. Not surprisingly, the zeal in which the court ordered retraction was acted upon paled in comparison to the efforts of the illegal misinformation campaign.

All of that was between the 1960’s to the 1990’s. But what about today? In today’s world, with easy access to the Internet, shouldn’t things change? A quick Google search on the effectiveness of chiropractic will leave the previously uninformed person with drastically conflicted viewpoints. On one hand, you can find out that chiropractic is evidence based, effective, safe and cost effective. On the other hand hand, self described ‘skeptics’ groups, whose agenda seems to be to attempt to discredit everything that is not drugs and surgery, will repeatedly claim that there is no evidence to support chiropractic care and that it is ineffective and dangerous. It seems that pharmaceutical companies and medical associations realized that directly attacking the competition could lead to a backlash of bad publicity. The irony is that these skeptics groups were founded and made up mainly of employees or representatives of pharmaceutical companies and medical associations, under the guise of non profit organisations. One need not wonder about their motivation, but one can’t help but wonder where they get their funding.

As recently as December 2, 2011, skeptics groups in Australia made public claims in mainstream media that chiropractic was comparable to voodoo and witchcraft. It is an obviously flamboyant, sensational statement designed to defame chiropractic and is completely false. Fortunately, most people see these allegations for the baseless propaganda that they are.

Government commissions in many countries have investigated chiropractic. Of particular note, the New Zealand government carried out the largest commission on chiropractic to date. In the conclusions, it stated that chiropractic is remarkably safe, is based on sound science, and “… in the interests of patients, there must be no impediment to full professional cooperation between chiropractors and medical professionals.” Interestingly, the New Zealand commission consulted with Skeptics groups, most notably Stephen Barrett, an unlicensed psychiatrist who failed his medical board exams and has thus made a living as an ‘expert witness’ to attack all forms of drug free health care, most notably chiropractic. He is responsible for the formation of many skeptics groups around the world, and these groups to this day use his work as the basis of their attack on chiropractic. The New Zealand commission states that they were “not prepared to put any accuracy or reliance in regard to chiropractic coming from skeptics groups.” Unfortunately, to this day, most MD’s who have a negative attitude towards chiropractic have these groups as their sole source of information on chiropractic.

The premise of chiropractic- so vigorously attacked by the medical establishment over the years- that the body is self healing, self regulating, and that misalignments of the spine (termed ‘subluxation’) can interfere with normal functioning of the body, leading to a chronic state of stressful physiology is well documented scientifically. Ironically, cutting edge medical research in the last 20 years is proving what chiropractors have said for over 100 years, and what the medical establishment fought so hard to condemn!
Many research studies have been conducted on chiropractic, and when investigated for safety, effectiveness, patient satisfaction and cost effectiveness, every single time, chiropractic has been found to be superior to other interventions for spinal care, including drugs and surgery.

What all of this clearly demonstrates is that the attacks on chiropractors and other non-medical health professionals have not been motivated by evidence of ineffectiveness and harm, or by evidence supporting the superiority of medical interventions, but rather for the protection of the medical monopoly of health care.

This does not mean that the average medical physician, or the person on the street who condemns chiropractic is necessarily deliberately lying to you. It means that their opinion is likely based on a dogmatic belief system which has its origins in the AMA’s illegal campaign. In time, one would hope that all health professionals will leave dogma aside and form opinions through an unbiased examination of evidence.

Manga, P. et. Al A study to examine the effectiveness and cost effectiveness of chiropractic management of low back pain. 1993 Funded by the Ontario Ministry of Health.

Chestnut. J. 2003. The 14 Foundational Premises for the Scientific and Philisophical Validation of the Chiropractic Wellness Paradigm. The Wellness Practice Global Self Health Corp. Vic. B.C. Canada. 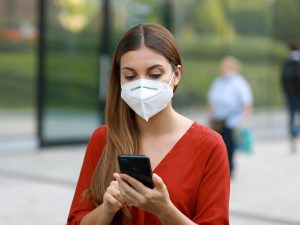 Information to Patients in relation to COVID-19 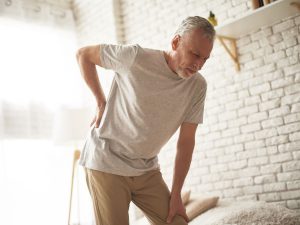 Laughter Is The Best Medicine

McDowall Chiropractic provide you with an integrated approach and advanced chiropractic services to meet your health and lifestyle goals.